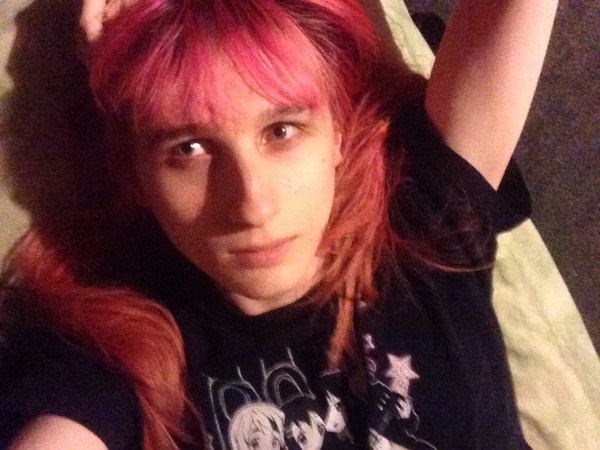 It's hard to believe that just two years ago, Rachel was reluctant to submit changes to the emulator at all due to being relatively inexperienced. But over the course of two years, she spent a considerable amount of time working on what she loved, becoming the tenth most active developer over the time period.

She often would do a lot of the drudge work that no one else would do and attempt features that no one else had time to work on. Much of her time in Dolphin was dedicated to giving TASers the tools they needed to be able to make ridiculous videos pushing games to and past their absolute limits. Without her dedicated work, it's very likely that Wiimote TASing would not have become stable enough for general usage as it is now. She was also responsible for improvements in savestates, netplay, the user interface, configuration, and more.

Beyond that, she was a face constantly within our community, and bridged the gap between Dolphin and TASing communities. She regularly helped users in the IRC, forums, reddit, and beyond, and was one of the most helpful developers we've ever had.

Thanks to RachelB, Dolphin, as software and as a community, has improved a lot over the past few years. And she will be missed greatly by everyone. We are stronger, better people thanks to knowing her. We all share a common goal, best said by Rachel herself,

In memory of Rachel, here she is playing the hell out of her favorite game: Pucca's Kisses Game, followed by some words from fellow members of the Dolphin Team.

"No matter what, she was always willing to help anyone. Of all the devs she was the most helpful on the forums, always pitching in. Dolphin is a smaller place without her..."

"She was a very kind and helpful person, one of many to help guide me through the project when I first started to contribute to the program. Her contributions to both the TAS and Dolphin Emulator community were vast, adding multiple helpful and sorely needed tools to make Dolphin easier to TAS. Although I did not know her as long as the others, I know she will surely be missed by all of those who knew her."

"I was never that close with Rachel, but of the times I have talked to her, she was a very nice and caring individual. She was a great person and a talented programmer, and it is unfortunate for her to have to leave us so soon. Lost but never forgotten. Rest in peace."

"Rachel and I were alike in that we tended to be focused on parts of the emulator that mostly everyone else would ignore. For her, it was tools assisting speedrunning, for me, it was netplay. In some ways, those two interests overlapped, which meant we worked together on testing some features. She personally took up the task to try and implement Wiimote Netplay for me when I was looking for someone to try and attempt it. We worked together on lots of minor user interface changes, I joked about Twilight Princess on Wii being better than Twilight Princess on GC (and got kicked out of chat every time!) and I ended up becoming closer and more understanding of the TAS communities thanks to her."

"Rachel was a nice person who severely underrated herself; it was always a song and dance to get her to accept compliments. She was one of the first people to get me acquainted with the TASing community and, subsequently as a result, the speedrunning community as a whole from which I met a lot of awesome people. I didn't just lose another programmer who happened to work on the same project as me – I lost a best friend. I'll never forget you."

"I'm not exactly sure what you want us to do from now on -- I can't speak for you Rachel. But I wish that you're comfortable and happy wherever you are now, and we all promise to do everything we can to help make that happen. Anyway, thank you Rachel. I'll never forget you. You were a good friend."

"Thank you for everything. I wish we had known each other sooner too."